Name some monuments at Cavtat 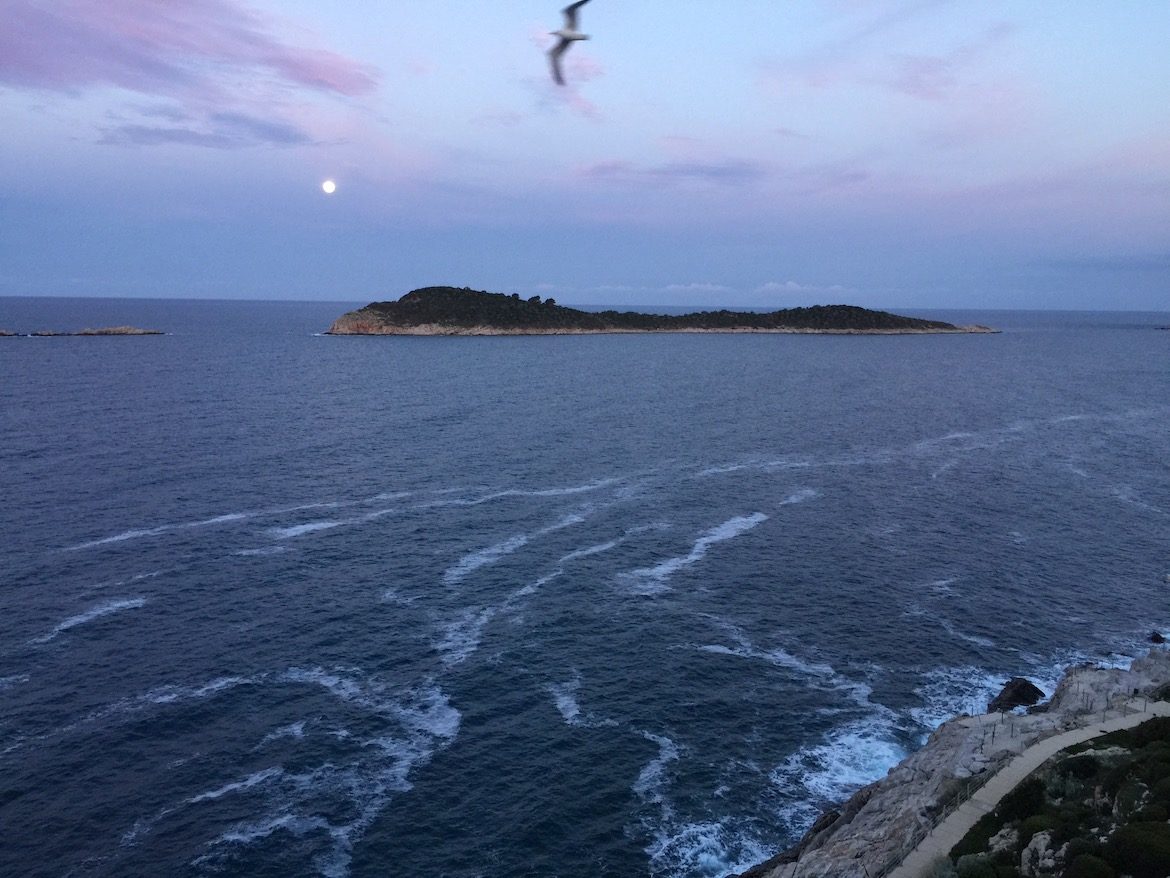 We’re here in Cavtat on the southern coast of Croatia, for the 4th International Symposium on Stuttering that my husband convenes. Participants come from more than a dozen countries, from Europe, Asia, the UK, America and the Pacific region. We are a going to visit Zagreb where the Croatian convenor, Suzana lives, and stay one night in her country getaway near Samebor. After Croatia we plan on spending a few days relaxing on the Spanish coast at Valencia.

Coming back to Cavtat is like waking up in Paradise all over again. It’s the Mediterranean like it once was many years ago. It’s the light, the wavy sea, the village stones and ancient buildings, the hotel that Tito built nestling on the cliffs like a sparkling cruise ship, the seagulls gliding outside the glass. It’s everything about this magical place. If it’s not heaven, then it’s a little piece of it. (A little bit of paradise: ‘malo raja’ in Croatian).

The first site for this hotel was further back from the edge of the cliffs. Once work began on the original building, it was discovered that Roman ruins lay beneath the ground and the plans had to be revised. The hotel is now perched like one of the huge seagulls from this area, and looks out over the Adriatic Sea. It can accommodate up to 1200 guests. The seagulls like to hover over the waters on the winds outside our top floor unit. I think of the arms of the cliffs that mark the entrance to the harbour as being like the claws of crustaceans, so prolific in this region.

The colours and the weather change very quickly here. We went to bed with clouds over our unit that fitted in perfectly with the grey/olives of the hilly landscape, and awoke early to a full moon in a blue sky over blue blue waters.

George Bernard Shaw, when he visited Croatia at the turn of the century, said ‘those who seek paradise on Earth should come to Dubrovnik,’ which he called ‘the pearl of the Adriatic’. That city is truly spectacular, with its magical Old City, its ancient ramparts, modern shops and restaurants; it has rightly become a tourist’s dream destination.

However, Cavtat, which was many years ago overtaken by Dubrovnik as a cultural and commercial centre, is today a haven of peace and beauty.

The monastic-looking building at the top of the village is actually the Racic Family Mausoleum, ‘Our Lady of the Angels’, from 1922. An inscription in the cupola states: ‘Know the mystery of love, and thou shall solve the mystery of death and believe that life is eternal.’

Down below is the Monastery of ‘the Lady of the Snow’ dating back to the 15th century. One of the items inside that has always morbidly fascinated me is the wall pulpit with an arm bearing a cross hanging out of it.