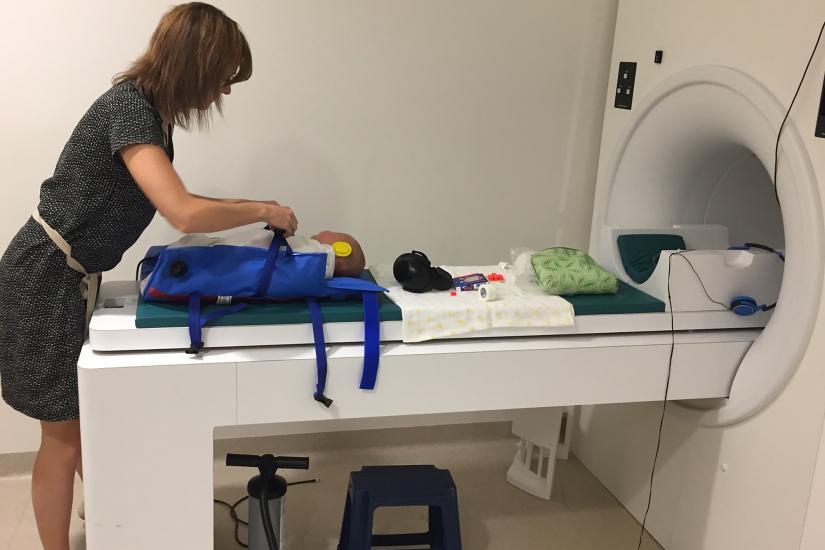 An Amazing Story About Stuttering

Did you know that Australia is a world leader in Stuttering research and treatments? See: The Australian Stuttering Research Centre.

But first, let me tell you a story. Many years ago, when I was little, there were always one or two children in school who couldn’t get their words out. They sounded ‘bumpy’ when they did manage to speak. Other children laughed at them. In my uncle’s time, he was even caned for his stutter.

Enter a team of Australian speech pathologists) at Lidcombe Hospital and other locales in Sydney’s Western Suburbs, during the nineties. They devised a simple plan, based on the idea of a puppet who appeared and then magically disappeared from sight. The Lidcombe Program for treating preschool age children was born!

When refined, this program was conceptually very simple, and involved trained therapists in verbally rewarding stutter-free speech outputs and pointing out “bumpy words” in a neutral manner.

Therapy sessions, individually suited to each child, and occurring in fun and environmentally friendly settings, occur over a period of weeks. Although simple, it could ‘go wrong’ if certain protocols are not followed. In other words, it is a demanding operation, that requires a stable and subtle framework to put it into practice.

Fast forward to today. The Australian Stuttering Research Centre RC is now working on another ground-breaking piece of research. They have been researching the very deep question of WHY people stutter. The causes of stuttering have escaped researchers all around the world since thinkers first wondered about it eons ago. It is a very complex multifactorial matter and many possible starting points for scientists to work from.

Enter the Baby Solution! Researchers at the ASRC have courageously begun studying the brains of infants who are at risk of developing stuttering. Yes, it is proven to be a heritable condition, afflicting ten percent of those on the planet at some stage during their lives. At risk babies were placed in Magnetic Resonance Imaging scanners in special capsules. This is already showing amazing early suggestions of differences between ‘at risk’ and control groups.

This study is the first to investigate the brains of children before the onset of stuttering.

Professor Mark Onslow, the Australian Stuttering Research Centre founding director, says people who stutter live in a society that marginalises them with stereotypes that portray stuttering as a psychological problem. It is not caused by emotional issues, but made worse by stigma and bullying at school.

The researchers say their preliminary findings warrant replication incorporating longitudinal research. They say a better understanding about how different brain regions become disconnected will bring us closer to developing treatment that one day may completely alleviate stuttering.

How do I know this? Because I’m married to the director of the the Australian Stuttering Research Centre, Mark Onslow. And because I’m so proud of him and his colleagues for the work that they do in trying to manage this horrible affliction that ruins lives and prevents sufferers from reaching their full career potential as adults.

Read the article Does Stuttering Have Its Origins at Birth on the ASRC website at https://www.uts.edu.au/news/health-science/does-stuttering-have-its-origins-birth