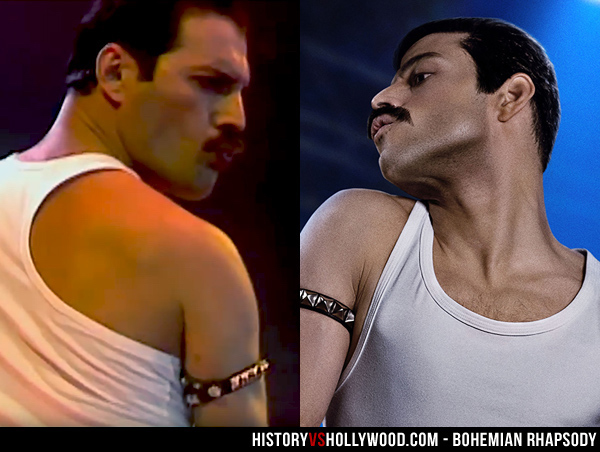 I loved the film Bohemian Rhapsody. Seated next to my partner just before the pandemic broke out, in the uber comfortable lounges at the Palace Central theater in Sydney, I pressed buttons to recline my seat, and ordered drinks from the phones at my side-table.

Bohemian Rhapsody is a British-American joint venture with Fox serving as distributor. Mercury, real name Farrokh Bulsara, was born in Zanzibar, Tanzania in 1946 and moved to England with his parents in the 1960s.

When Mercury died in 1991 of AIDS-related illness at age 45, Mary Austin was by his side, as she had been for much of his adult life. He left her half his reported $75 million estate, including the 28-room London mansion in which he passed away and Austin still lives in to this day.

When Freddie Mercury first met Austin, he was 24 years old and she was 19. Their real-life relationship is examined in “Bohemian Rhapsody,” starring Rami Malek as Mercury and Lucy Boynton in the role of Austin.

“All my lovers asked me why they couldn’t replace Mary, but it’s simply impossible,” Mercury once said of Austin. “The only friend I’ve got is Mary, and I don’t want anybody else. To me, she was my common-law wife. To me it was a marriage.”

Mary had the pain of seeing Mercury go on to live a life of lavish excess, a rock god’s existence fueled by substance abuse and random sexual encounters. She would marry and divorce. “When he died I felt we’d had a marriage,” she said. “We’d done it for better or worse, for richer for poorer, in sickness and in health. You could never have let go of Freddie unless he died – and even then it was difficult.” Austin says she lost somebody she thought of as her eternal love when he died. (OK magazine March 17th 2000).

I remember Live Aid and the utopian wish we all had, at the time, to relieve African poverty forever. Dying children shown on television screens nightly. It was 1985 and my children were five and two at the time. I’m grateful that I took part in the heartfelt groundswell, led by Bob Geldof and rock stars of the time. It was a vain wish indeed, but maybe, just maybe, things have been getting a little better since.

See and hear the original Queen “Live Aid” performance on YouTube (below). I love this music, so eclectic and passionate!