a poem inspired by Rumi 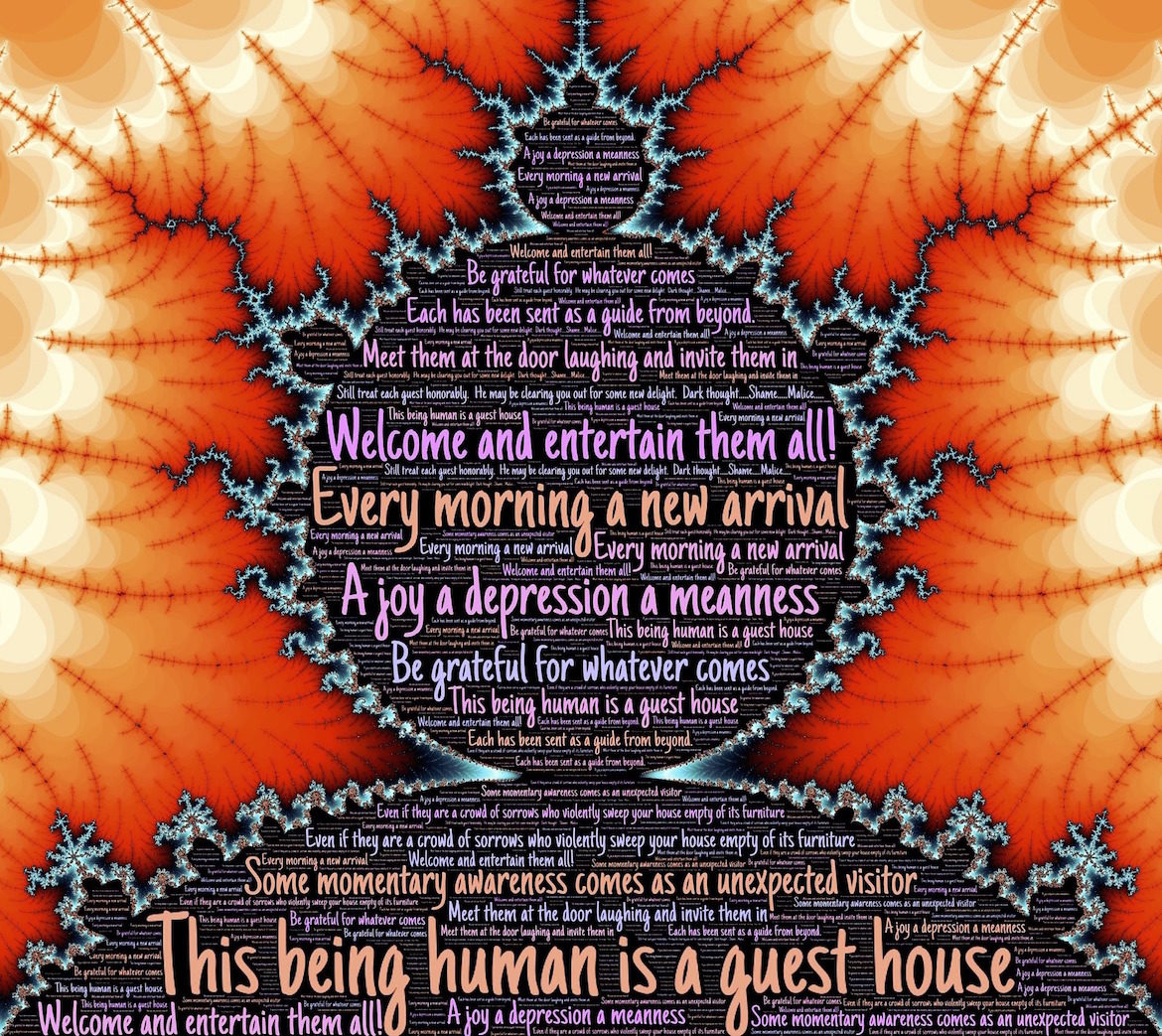 Mawlānā Jalāl-ad-Dīn Muhammad Rūmī (Persian: مولانا جلال الدین محمد رومی), also known as Mawlānā Jalāl-ad-Dīn Muhammad Balḫī (Persian: محمد بلخى) or Maulana Jalal al-Din Rumi, but known to the English-speaking world simply as Rumi, was a 13th century Persian (Tādjīk) poet, Islamic jurist, and theologian. Rumi is a descriptive name meaning “the Roman” since he lived most parts of his life in Anatolia which had been part of the Roman Empire until the Seljuq conquest two centuries earlier.

Rumi’s work are written in the new Persian Language. New Persian (also called Dari-Persian or Dari), a widely understood vernacular of Middle Persian, has its linguistic origin in the Fars Province of modern Iran. A Dari-Persian literary renaissance (In the 8th/9th century) started in regions of Sistan, Khorasan and Transoxiana and by the 10th/11th century, it overtook Arabic as the literary and cultural language in the Persian Islamic world. Although Rumi’s works were written in Persian, Rumi’s importance is considered to transcend national and ethnic borders. His original works are widely read in the original language across the Persian-speaking world. Translations of his works are very popular in South Asian, Turkic, Arab and Western countries. His poetry has influenced Persian literature as well as Urdu, Bengali and Turkish literatures. His poems have been widely translated into many of the world’s languages in various formats, and BBC News has described him as the “most popular poet in America”. (Wikipedia)