Psychology as a Field of Study 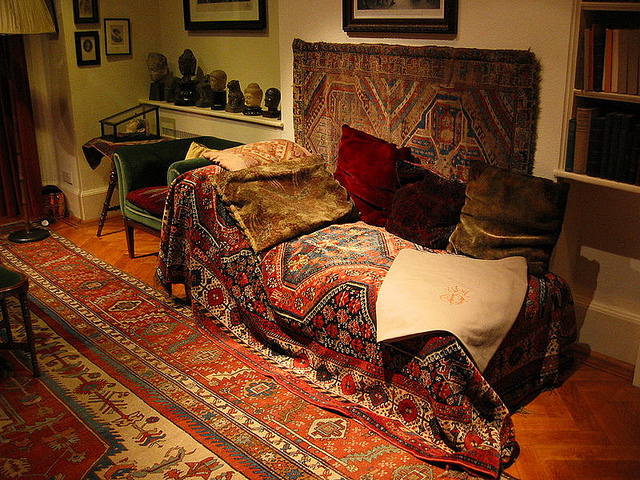 Psychology is a relatively recent area of research and treatment for “inner” emotional problems, with Sigmund Freud (1856-1939) creating his famous brand of psychoanalysis in the late nineteenth and early twentieth centuries.  William James (1842-1910) is an American philosopher who favoured pragmatic psychology as a way of explaining the mind. Other well-known leaders in the field are Carl Jung, Otto Rank,  R.D. Laing, Fritz Perls, Wilhelm Reich,  Erich Fromm, Pierre Janet, and Alfred Adler.

Depth forms of therapy, sometimes known as psychodynamic therapy, consider past events in a person’s life from a causal perspective. They rely on in-clinic experience, and the close relationship between the analyst and the analysand. Cognitive behavioural therapies (CBT) rely more on evidence-based research, and involve retraining of clients’ thought processes, emotions and behaviour, without the necessity to recover repressed memories from the past

My first experience as a recipient of depth psychology in the seventies was, by a lucky chance of fate, with a young woman who called herself a Gestalt therapist. Sarah used an holistic (wholistic) approach to therapy, aiding clients to realise the interdependence of all aspects of their person: the physical, the mental, and the emotional components. The theory arose from the ideas of German psychologists, in particular Kurt Koffka, (1886-1941). He said that “the whole is something else than the sum of its parts.”  Note that Aristotle’s “the whole is greater than the sum of its parts”, although reminiscent of the former statement, does not apply to the study of human personality.

Fritz Perls, (1893-1970) was a German-born psychiatrist, who incorporated ideas from the Gestalt approach to perception into his Gestalt therapy. He postulated that healthy persons naturally organize their experiences into well-defined needs, or “Gestalts,” to which they respond appropriately. This form of therapy helps clients to deal with incomplete parts of themselves, by becoming aware of significant aspects of their experiences and integrating them into completed wholes, to which they can then develop appropriate responses. 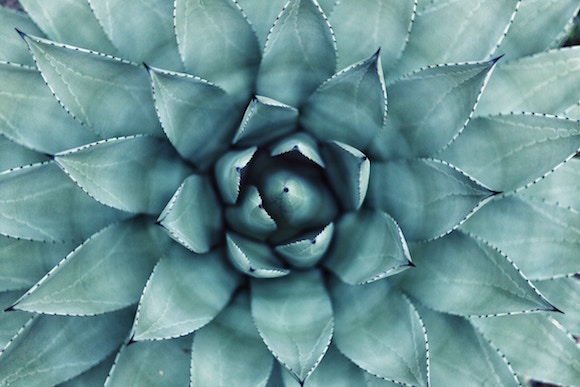 The whole versus the parts

The objective of Gestalt Therapy, in addition to helping the client overcome symptoms, is to enable him or her to become more fully and creatively alive, and to be free from the blocks and unfinished issues that may diminish optimum satisfaction, fulfillment, and growth. Thus, it falls in the category of humanistic psychotherapies.

Perls and his work became associated with the Esalen Institute in California, in the 1960s. Perls has been widely evoked outside the realm of psychotherapy for a quotation often described as the “Gestalt prayer.” This was especially valid in the 1960s, when the version of individualism it expresses received great attention. 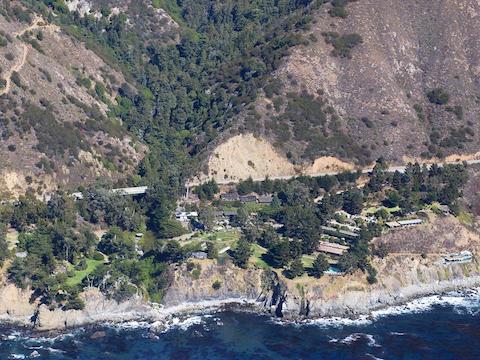 Furthermore, say the Gestalt psychologists, we are built to experience the structured whole as well as the individual sensations.  And not only do we have the ability to do so, we have a strong tendency to do so.  We even add structure to events which do not have gestalt structural qualities.

Many therapists have practised different forms of psychotherapy, since Freud’s psychoanalytical approach and theories first received world-wide acclaim. Most psychodynamic therapists rely heavily on individualized relationships they develop with each patient. To treat someone with depression, a psychodynamic therapist might help the patient identify and dissect painful childhood memories.  Research on psychodynamic therapy has only come into the picture in the past decade or so; it involves long treatment sessions and continuing periods of therapy. 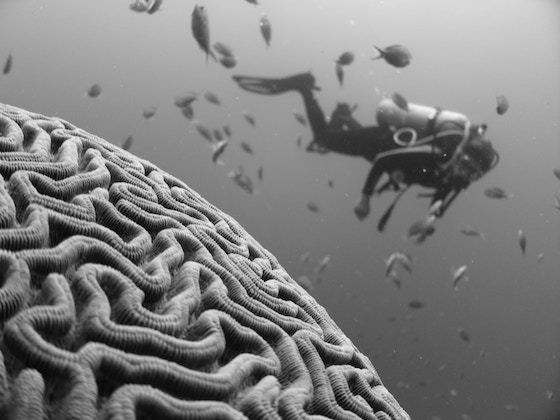 In the fifties, sixties and seventies, psychoanalysis and depth psychotherapy were flourishing and had a prominent place in the foreground of the field. At that time, clinical psychologists considered it a necessity to explore their own depth psychotherapy to better understand the clients they would be treating. There was a spirit of optimism and idealism within the mental health profession and a commitment to depth psychological approaches to treat emotional maladies.

The gradual replacement of psychoanalysis and depth therapy by other forms of therapy, can be explained by the prolonged treatment time, monetary considerations, the time constraints of in-hospital care, and the increased medicalisation of psychology.

Today, cognitive behavioral therapy (CBT), has come into vogue in the West, particularly in the English-speaking world. This evidence-based form of therapy diverges hugely from Freud’s ideas. Doctors recommend it for conditions such as depression or anxiety disorders. Cognitive behavioral therapy arose from experiments done in the 1960s by Aaron Beck, a psychiatrist at the University of Pennsylvania in Philadelphia. He wanted to design a more empirically testable and effective psychotherapy than Freud’s. 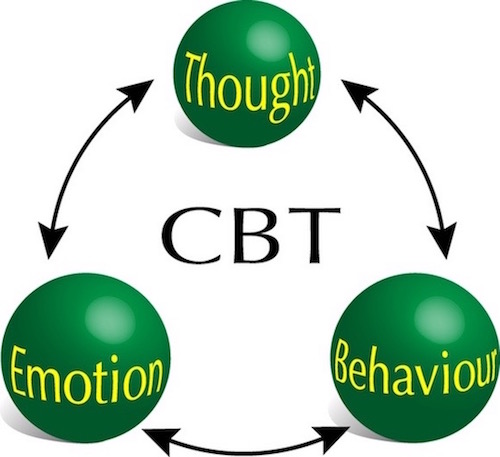 CBT practitioners believe that faulty thinking patterns, or cognitive distortions, cause people to adopt unhealthy behaviours. Rather than looking to the past, CBT providers focus on behavioral changes that patients can make to resolve present-day problems. As a result, CBT is highly instructional: therapists work with patients to set agendas and assign homework. A CBT practitioner might treat a depressed patient by helping them create a plan for waking at a reasonable hour, making a friend at work, or going out during the week. CBT tends to be short-term, often lasting just eight to twelve sessions. Thousands of studies done over the last 40 years have shown that CBT can effectively treat an impressive range of conditions, including depression, anxiety, post-traumatic stress disorder, and addiction.

However, with the high rate of adolescent suicide, violence in schools, and the widespread use of drugs, it might be time to reinstate some of the practices of the past, the Freudian and neo-Freudian depth procedures. Researchers are being cut off from the feedback that comes with practising in the real world, and from a tradition of clinical knowledge and wisdom that’s accrued over a century.

Holistic Psychology is a relatively new school of psychological thought that views the person as a whole and indivisible entity, where it is impossible to treat the mind and behavior, without taking the client’s physical health, lifestyle, environment, relationships, etc. into consideration and dealing appropriately with all of these facets. 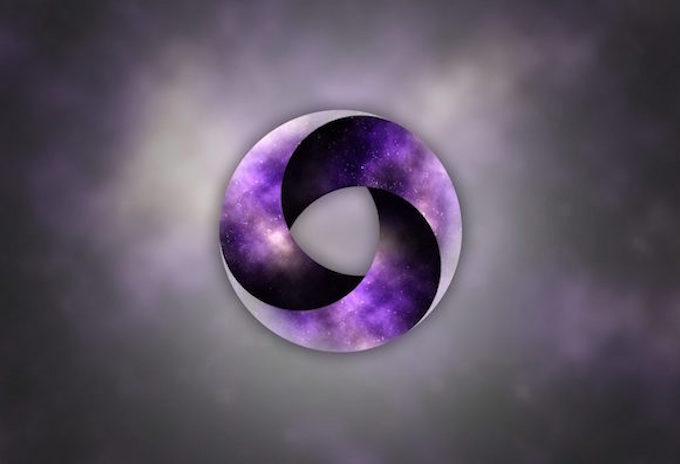 This school of therapy differs from more traditional therapy methods in that it concentrates on the client’s relationships and interactions with their environment and how they express these relationships through their feeling, thinking and being. This style of therapy attempts to explore and transform the consciousness, rather than merely changing thought patterns or behaviors.

Carl G. Jung devised this form of psychodynamic therapy after he split from Freud over irreconcilable differences in their perspectives on the human psyche. Jung’s approach is more holistic, including an interest in the spiritual as well as the physical and the emotional. Freud’s psychoanalytic model placed greatest emphasis on the erotic component.  Similarities exist, especially the focus on dreams and symbols. And both placed great importance on the contents of the unconscious mind. However, Freud disagreed with Jung’s interest in the occult, and his urgent need to explore the god-image in great depth and over time.  He conceived the spirit as a primeval aspect, rather than one that is causally linked to the development of consciousness. He also invented new concepts, such as archetypes, synchronicity, anima, animus, and the collective unconscious.

There are Jungian centres, small and large, springing up in cities all around the world today. One hears little about them, unless you are interested in Jung’s way: analytical psychology and its implications and issues. Freudian psychoanalysis is still in the forefront of peoples’ minds when depth psychology is mentioned. Jung knew that he was standing on the shoulders of a giant, when he developed his dream symbols and therapies based on what Freud had begun. But like all “sons”, he had to make his own way in the world, and not hold fast to the father, if he disagreed with certain basic tenants. 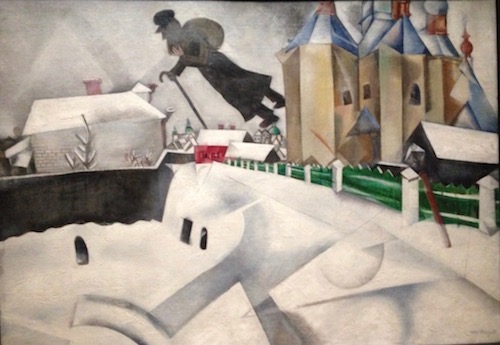 Dream Symbols in a painting by Chagall

Psychology as a Field of Study was last modified: February 14th, 2021 by Anne Skyvington
defining holistic psychotherapyexamples of holistic approachesholistic versus analytical modes of cognitionthe whole is more than the partswhat is a reductionist approach?what is Gestalt therapy?
0 comment
0
Facebook Twitter Google + Pinterest

Walking the Tightrope – Caring for Someone...