In Search of a Voice 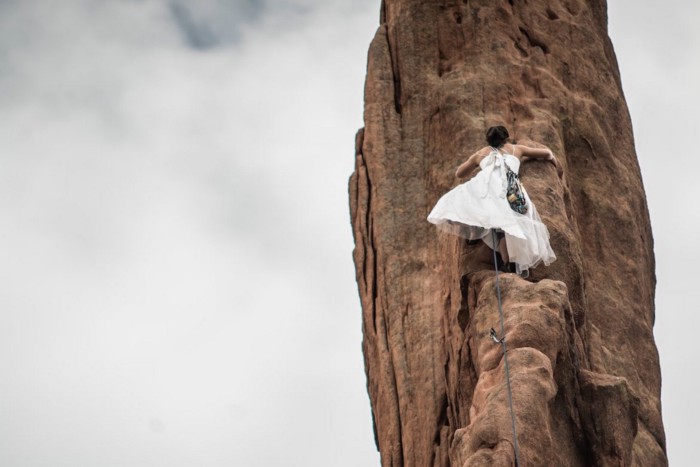 My writing started out as therapy for a polarised — to be explained later on — childhood. My own background had been stamped indelibly by my not having had a voice within the extended family I was born into. Others in my family had gorged themselves on yackety-yak, thereby filling the void left by my poor little mute tongue….

I wasn’t born without a tongue, so why couldn’t I waggle it?

She’s just shy, they said. There was no ear to lambaste in retort; clever rhetoric evaded my still larynx.

As soon as adolescence got off to its self-loathing, sex obsessed start, I naturally turned to psychology for answers. My elder brother had claimed for himself the super intelligence niche; the second brother was our cowboy clown; my little sisters were clever and pretty. I continued to hide my light under a bushel, which I thought had something to do with native flora; I shared a love of nature with my funny brother Donny.

I’d begun to read Gothic novels about spooks and mysteries, like Henry James’ The Turn of the Screw and others. Mum chided me for terrorising myself at night, but I persisted. My scorpionic temperament was pulling me into dark places. But it was the elder James brother, William, one of the early brand of modern psychologists, whom I would ultimately emulate in my search for a raison d’être. Freud, Carl Jung and Fritz Perl also became friendly mentors.

There were many circumferences, I learned, but only one centre. I needed to explore the netherlands of the psyche in my search for self.

Out of the blue, having escaped my family home, a miracle occurred: I started to talk. But friends in the outside world blocked their ears to the tales of woe that poured forth. They couldn’t empathise with my “Experiences of an Empath en Famille “. In any case, they all came from diametrically opposed, maybe just as difficult, perhaps even more so, backgrounds.

I was on my own, like a snail carrying a tightly curled shell of horrors on its back.

Eventually, I would seek professional help, find someone who would listen to me. At a price. The obvious answer was, for now, to write about it.

Starting out from this point of view, my writing naturally lent itself to autobiographical-type genres. I did courses on Life Story Writing, on Memoir and Creative Non-Fiction, all of which helped me a little with grammar, style and structure, if nothing else.

Another problem with writing about the past, is that it can turn out to be as boring as possum piss on a picnic. All those I’s, me’s and my’s can sound a tad narcissistic. Okay, I own up to possessing, like all around me, a dash of self-loving, but it boils down to a question of aesthetics and degree.

Like Sisyphus, I found myself on my own, once again. Researching creative non-fiction and memoir; practising writing it.

Full-time studies, teaching, getting married and having children, these put writing on the back-burner. Of course, all of that is excuses. If I’d really wanted to, and had faced my fears of failure early on, who knows….

I had been trying to get my novel ready for publication, on and off, for quite a while. The writing had improved greatly over time, but the goal of finding an agent or a publisher had remained elusive. Recently, I had come to the realisation that what I needed was a good editor. This was what my writers group buddies were doing. Another failed move on my part. In retrospect, how do you find that peculiar beast — a good editor?

My first attempts to create a readable structure that fitted in with the needs of publishing houses were a dismal failure. Later on I completed a degree in Professional Writing at university and I learnt about narrative structure and creative features, point of view, dialogue and voice. Through feedback sessions in student groups, my writing improved bit by bit. Some of my teachers and tutors were well established writers, and gave me invaluable insights into the craft.

However, I came to realise one day, just as I was about to send in my memoir to an agent, that I might not want my family and self exposed in this way.

So I set about turning the memoir into fiction. There were already some fictional elements, but I wanted to fictionalise the work even more. And to include, in line with creative non-fiction dictums, credible dialogue; this, I found, difficult to do within a memoir.

Turning the memoir into fiction meant that it became a different beast: a hybrid structure, retaining parts of the memoir, with more fictional pieces; these did not always fit in, unfortunately, with the events and actions of the storyline. I was on my own, once again.

According to one editor, the writing was good, but it lacked a consistent point of view and a solid plot line. So this is where I was at: going back to the drawing board to re-fashion the whole mess, and to recreate an authentic narrative out of the ashes. This meant changing setting, disguising characters, omitting the more obvious and sometimes boring ‘real bits’ behind the story, and creating natural sounding dialogue.

And finding an authentic voice.

What I discovered was that, in writing a fictional work based on my background, the story had been transformed into a very different narrative. In my case, it became a similar, yet polarised version of the real story. In psychological terms, this would have been viewed by, say Freud or by Carl Jung, as a sort of ‘sublimation’ of the author’s narrative.

What I didn’t know at the time, was that a ‘manuscript assessor’, who just looks at a few pages and a synopsis, and chats with you, would be much more valuable and less costly for me, than a full-blown editor. I was only just up to the second draft and still had no idea where I was going with this work. I was lucky enough to find a good one. I was on my way….

Now I’m back to exploring creative memoir writing, like the author of In Cold Blood. That was a doozy…

Where will I end up? Fiction? Memoir? Public speaking? Who knows?

In Search of a Voice was last modified: July 25th, 2022 by Anne Skyvington
voice can be literal or metaphoricalvoice like a stylish fingerprintWhy does the narrator compare herself to Sisyphus?Why was finding a manuscript assessor an important event?writing voice as a metaphor
0 comment
1
Facebook Twitter Google + Pinterest

Armidale: The Gang of Four

River Girl: An Early Chapter of my...

Fishing in my Childhood River