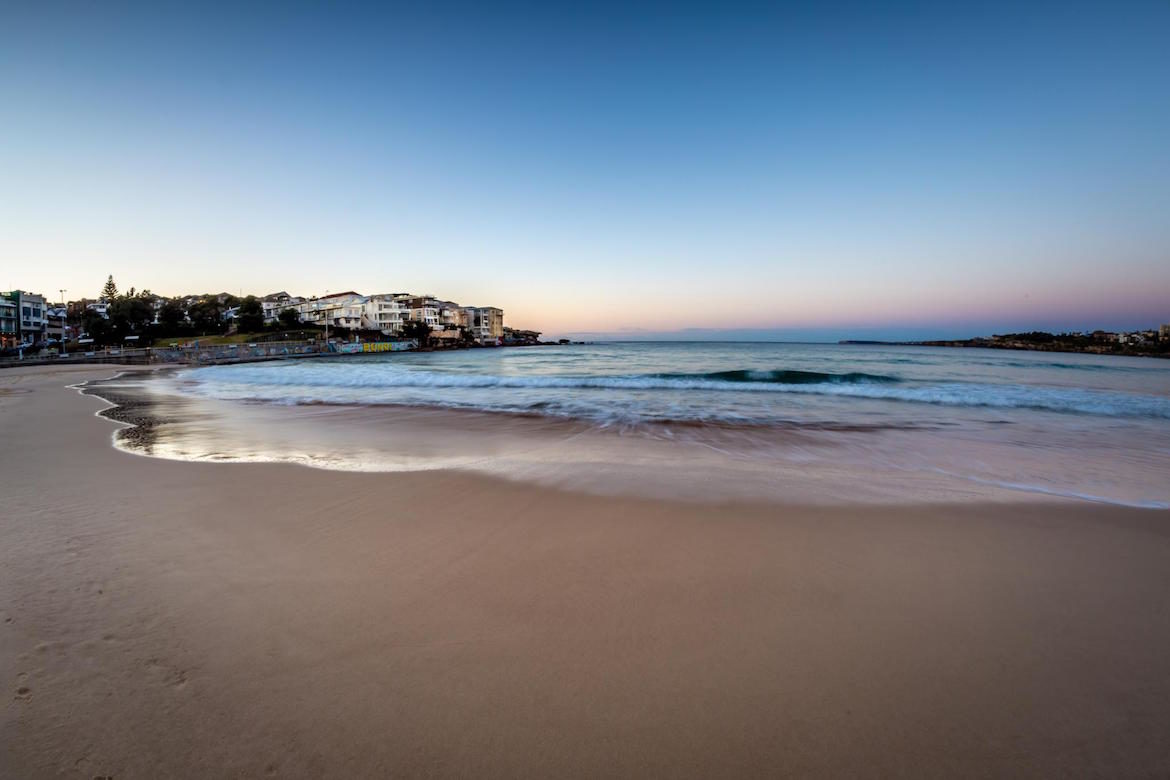 Every year around this time, some lucky members of Waverley Library, and other interested parties, are invited to a special breakfast for The Nib Awards. The award, in its 16th year, recognises excellence in literary research, skill in creative writing,  and relevance of literary works for the community.

Being a member of the Friends of Waverley Library (FOWL), I am happy to be included each year on the guest list for the Nib Awards. The Nib is an annual literary competition administered by the Waverley Council, already in its sixteenth year. It was held last Thursday morning, 23rd November, at 7.30am in a venue that overlooked Bondi Beach and the sea. Generously sponsored by Mark and Evette Moran this year, the prize money had increased to $30,000 with a first prize of $20,000.

This year’s judges, Jamie Grant, Katerina Cosgrove and Ursula Dubosarsky considered quality research, literary merit, readability and value to the community when deciding on an overall winner and the shortlists. Head judge, Jamie Grant, who is also a poet, writer and literary reviewer said it is no easy matter to reduce the entries to just six. 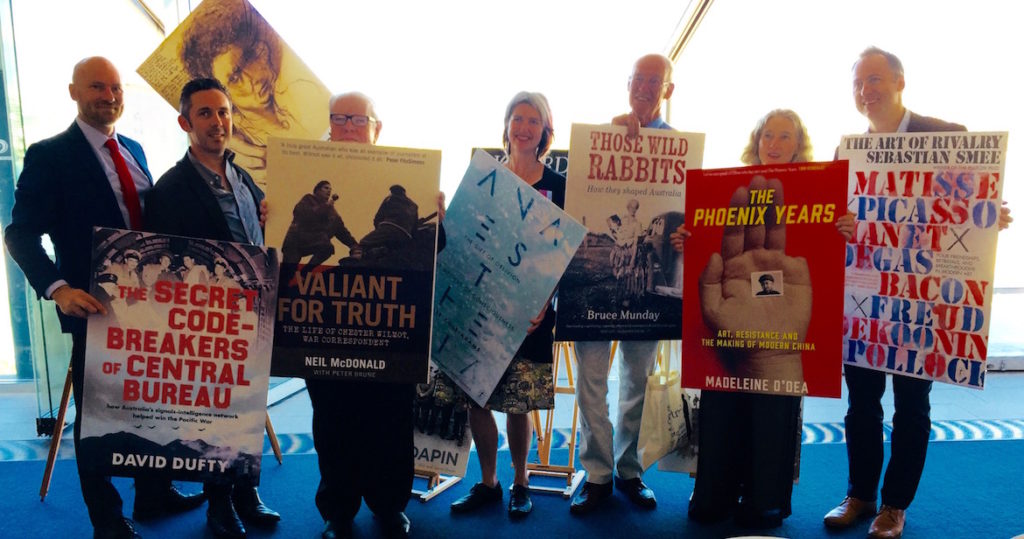 The 2017 award short-listed finalists and Alex Buzo Prize winners are Kate Cole-Adams’ Anaesthesia: The Gift of Oblivion and the Mystery of Consciousness, Richard Fidler’s Ghost Empire, Bruce Munday’s Those Wild Rabbits: How they shaped Australia, Madeleine O’Dea’s The Phoenix Years: Art, resistance and the making of modern China, Sebastian Smee’s The Art of Rivalry: Four Friendships, Betrayals, and Breakthroughs in Modern Art and Ashleigh Wilson’s Brett Whiteley: Art, Life and the Other Thing.

The Military History Prize was initiated in 2015 with the support of the Bondi Junction, North Bondi, and Rose Bay RSL Sub-Branches to commemorate the ANZAC centenary. This category is offered to a work that illustrates the service and sacrifice of Australian service men and women, families or the broader home front, during or in relation to any threat(s) of war. The overall winner of the military section will receive $3000.

Such an exciting experience: a sunrise over the beach,  delicious breakfast fare, and short addresses by well-known VIPs and writers! The gluten free chocolate bircher muesli was a favourite for me… Then to listen, as local journalist Richard Glover and Waverley mayor John Wakefield, announced and introduced the winners. A little like “the Oscars” with a laid-back Aussie flavour.

AND THE WINNER IS … 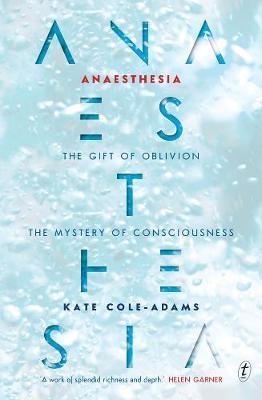 ANAESTHESIA, The Gift of Oblivion, The Mystery of Consciousness, by Kate Cole-Adams.

I’m a third of the way through reading this fascinating, complex book, and will not review it until I’ve finished reading it. Suffice it to say that I had no idea about anaesthesia, before starting this book, apart from being a successful recipient of it several times. However, for a caesarean operation, I was not given a general anaesthetic, but stayed awake, in order to welcome my second child, Joel, into the world.

I am also interested in the “theme of consciousness”  touched on in Kate’s book, and about which we, as a developed species, are almost totally ignorant!

Congratulations and thanks to Kate for daring to write about this topic. I’m looking forward to finishing the book, and going deeper into the themes…

The Short-listed books: so hard to choose! 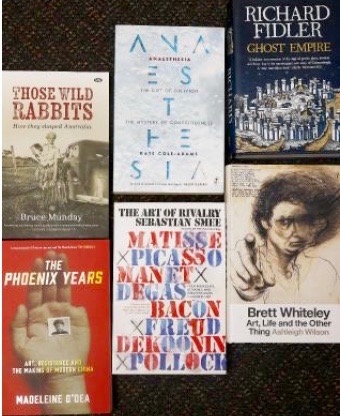 Giving and Receiving Feedback in a Writers’...